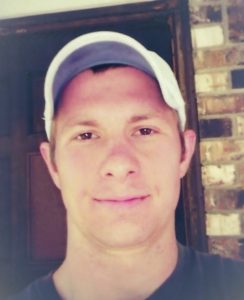 He was loved by everyone, he loved to fish and read his bible. When he was younger he rode bulls and skate boarded. Then he set off on a new adventure to Los Angeles, California. He said he was living the life, we are all going to miss his smiling face, him stomping through the house and drinking all of Mom’s coffee; but we know he is in a better place, a peaceful place. We love you, Chris.

He is preceded in death by Robert and Shirley Barton; Judy Christ; Thelma Warrick and Sue Fields.