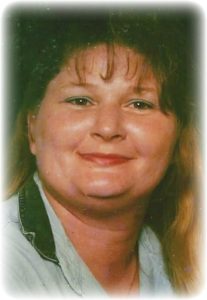 Lexie M. McCallister, 57 of Alexander, Arkansas passed from this life on November 18, 2017. She was born on June 25, 1960 in Little Rock, Arkansas to the late Harry McClendon Sr. and Marilyn Ogles McClendon. Lexie attended Hilldale Baptist Church, loved spending time in the outdoors, fishing, camping, but most of all spending time with her family and cooking holiday meals for them.