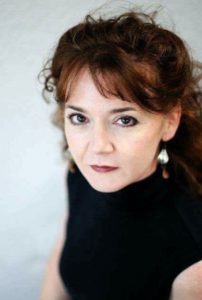 She was born on November 26, 1961 in Pine Bluff, Arkansas and continued on to receive her Bachelors of Arts –Theatre Arts Degree from the University of Arkansas at Little Rock in 1996.

She went on to teach Dance at Horace Mann Arts and Sciences Magnet Middle School in Little Rock, Arkansas for 27 years and later at Parkview Arts and Science Magnet High School for 3 years.  During the same period she taught dance at Shuffles and Ballet II studio for over 30 years and performed as a professional dancer with Ballet Arkansas for a portion of those years.  Later, she doubled as Choreographer and Costumer for the annual Ballet Arkansas presentation of The Nutcracker.

Needless to say she was dedicated to her craft, loved her profession and her students, and influenced and inspired several generations of young lives.  She was strong, fearless, compassionate and caring and will be greatly missed by many.

She was preceded in death by her parents, John O. Presley and Margaret A. Hufford-Presley and brother Fred Richard Presley.

A celebration of life services will be held on Thursday, December 28th at Shuffles Studio from 6-8 pm.