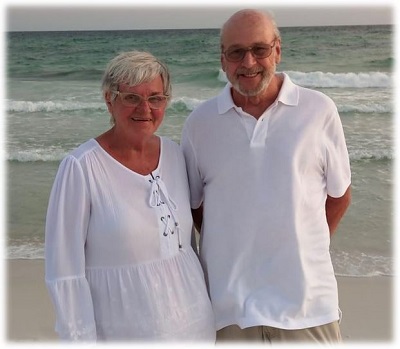 John was a Sargent Major serving in the US Army and Army National Guard for 32 years. John’s service includes Vietnam Veteran, 18th Engineer Brigade, 153rd Infantry including the Cuban Refugee Crisis, Personnel Senior Sargent with the Office of the Adjutent General at Camp Robinson in North Little Rock, AR. He was honorably discharged in 1995. After his retirement he worked for the VA hospital for 15 years. After retiring John spent his time working odd jobs, spending time with his grandchildren and walking his beloved dogs.

Pat graduated from Acorn High School and attended college from Southern Arkansas University with a degree in English Lit. She worked as a clerical specialist for more than 20 years. Pat obtained her private pilots license and spent time with the civil air patrol. She was the first female scout master in the Boy Scouts of America.

Pat and John spent many years together. They enjoyed camping, fishing, square dancing and bowling. They adored their children, grandchildren, great-grandchildren and their dogs.

John and Pat’s life will be celebrated at a later date with a private memorial.