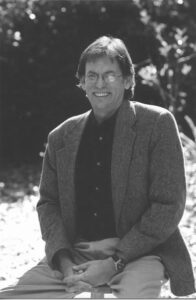 William Dalzell Faggard (Bill) was born March 12,1956 to Joseph Ward Faggard and Ruth Dalzell Faggard. He was the youngest sibling of four and was a very happy little boy growing up in California and then Texas. He was the family comedian at the dinner table, often reducing us all to laughter.

Bill was a man of many hats; literally and figuratively, from his adored Donald Duck and Robin Hood hats from family trips to Disneyland to his various ball caps from work or his beloved Razorbacks. He spent his work life making a better world for others. He began his work life delivering the Houston Chronicle to neighbors. He worked for years as counselor and eventually program director at Camp La Junta in Hunt, Texas. He worked for Halfway House of San Antonio before moving to Little Rock, AR and beginning a career with Camp Aldersgate. He had great ideas for making camp a more accessible, more exciting, and more meaningful place for children with disabilities from all parts of AR. His years of being a constant presence there created lifelong memories for many families.

Although he dealt with many physical and medical challenges, after retirement he found pleasure in following his favorite sports teams and the companionship of favorite pets who loved his lap and his pats.

After a short illness, Bill passed away on October, 10th. His family will gather to celebrate his life next spring. Our memories of our years with Bill will be with us always. He will not be forgotten.