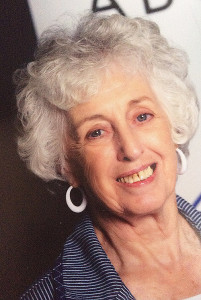 Floy Ruth Calhoun, 87, of North Little Rock passed away on Tuesday, August 25, 2015 from cancer. She is survived by her brother, James Davis; children; Paula Ferguson, Susan Ludolph, Paul Calhoun and wife Janet, Jim Calhoun and wife Tina; step-child, Louisa Lawless; 10 grandchildren and 8 great-grandchildren. She was a member of Levy United Methodist Church. Floy was full of life and left an imprint on all that knew her.

The family would like to thank the doctors and staff of UAMS as well as the care providers of Gentiva Hospice for the love and care given to Mrs. Calhoun.

Visitation will be held at A Natural State Funeral Service Chapel at 2620 W. Main Street Jacksonville, AR. on Saturday, August 29, 2015 from 11:00 to 12:00 p.m. with funeral service following. Burial will be held at Rest Hills Cemetery in Sherwood, Arkansas after conclusion of service.