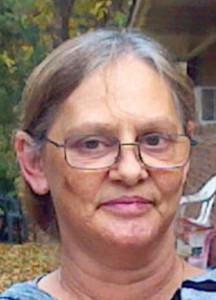 Rose Deleen Dubarry, 55, of El Dorado passed away on Tuesday, September 8, 2015. She was born on July 6, 1960 to the late Richard and Sarah Knight in Covington, Louisiana. She is survived by her fiancé, Richard Seidler, and five children, Sarah Miller, Heather Tailey, Rene DuBarry II, Stephanie Scotton, Samantha DuBarry. She is also survived by her grandchildren Austyn DuBarry,Mohssen Hajighassem III (Moe), Alyssa Miller, Gage, Evan, and Tyler Talley and Derek McAlister.

She was love by many and left us all way too soon.  She will alway be remembered. She may be gone, but will never be forgotten.