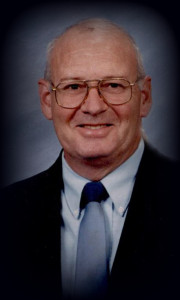 James R. Tucker, 71, of Jacksonville passed away on October 11, 2015. He was born on June 5, 1944 in Manila, Arkansas to the late Oran M. Tucker and Amy Jackson Tucker. He is also preceded in death by his brothers, David Allan and Paul Edward.

James is a member of the Second Baptist Church of Jacksonville. He also served our Country in the United States Army at Fort Knox Kentucky. James loved his family dearly.