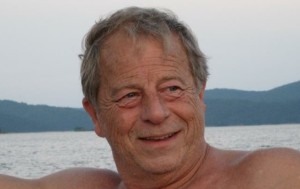 Stephen (Steve) F. Morehead, 70, of Little Rock passed away on Tuesday, October 13. He was born on April 12, 1945 in Bauxite, AR to Arthur Francis and Mildred (Holiman) Morehead.

Steve graduated from Benton High School in 1963 then went on to work for Reynolds Metal Company as a lab technician until his retirement in 1986. After retiring from Reynolds he went to work for Controlled Automation where he was employed until his illness prevented him from continuing.

In addition to his two careers Steve also occupied himself with various side jobs including being an auxiliary Sheriff’s Deputy for Saline County Sheriff’s Office, operating a tow and recovery service, operating an RV dealership, volunteering as a recovery diver, and serving in the Army National Guard. Being outside and working with his hands were two of his greatest passions. He had a life long love affair with Chris Craft boats, Harley Davidson motorcycles, Jeeps, and fast cars; if it could move you on land or water he could drive it, build it, and repair it.

A private memorial for family and close friends will be held at A Natural State Funeral Service in Jacksonville, AR at 2:00 PM on Thursday, October 15. In lieu of flowers memorial donations may be made to the Pulaski County Humane Society or Out of The Woods Animal Rescue.