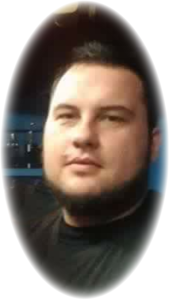 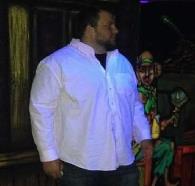 Chase Anthony Norton, 24, of Austin, Arkansas was born March 31, 1991 in Humble, Texas and left this earth to be our guardian angel and bodyguard on November 26, 2015.

Chase was a gentle giant with one of the biggest hearts and kindest souls the world has ever known, but if you messed with someone he loved, he would become your worst enemy. He fought and bled for those he cared about and wouldn’t think twice about giving you the shirt off his back or his last dollar if you needed it. No matter how much you told him you loved him, he would always reply “I love you more.”

Anyone who knew Chase knew his favorite person throughout history was Al Capone. Capone once said, “Don’t mistake my kindness for weakness. I am kind to everyone, but when someone is unkind to me, weak is not what you are going to remember about me.” That was who Chase was – a fighter, in every sense of the word. He and his brothers participated in MMA and boxing and he spent much of his free time in the ring, sparring with friends, training and aspiring to reach the Olympics one day. We know he would have made it if God hadn’t called him home.

Chase was preceded in death by his grandfather Kenneth G. Bufford, grandfather, Ell David Norton and special cousin Robert Norton. He leaves behind his mother and father Michael and Sherry Norton of Austin, his precious son Brantley Luke, four brothers Matt (Brandy) Robinson of Cabot, Michael (Kelsey) Norton of Jackson, Tennessee, Kenny Norton of Austin, Colton Norton of North Little Rock one sister Stephanie (Jake) Benedict of Cabot, grandmother Shirley Bufford of Splendora, Texas and Grandmother Elaine Norton of Patton Village, Texas. He was the hulk and a superhero to his nieces and nephews, Kallie, Josh, Xander and Bella. He leaves behind a multitude of cousins and a host of friends that he also considered his family.