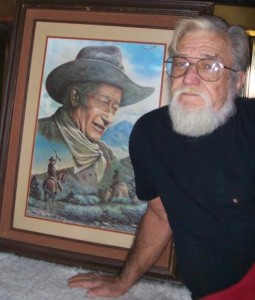 Robert Lee “Shorty” French Jr., 67 of Chidester, Arkansas passed away on November 8, 2015. He was born on January 5, 1948 in Kansas City Missouri to the late Robert Lee French Sr. and Lucy Ann Chaplin French. He was also preceded in death by his sister, Margaret Ann and son, Fritz.

He retired from Garney Construction in Kansas City Missouri in 2007 where he had worked for 25 years.

Robert was a member of The Messiah Riders, a CMA chapter, where he was able to enjoy riding his CanAm Spyder not only for pleasure but charity as well. He and Susan rode in many benefits including runs for cancer and Toys for Tots.

He was called papaw by many and sometimes affectionately referred to as papa smurf. Robert was loved by many including relatives in Kansas and Missouri. He enjoyed taking care of the yard but more importantly he loved spending time with his family and church.

Robert’s memorial service will be held on November 22, 2015 at 2:00 p.m. at Rushing Memorial United Methodist Church in Chidester, Arkansas where he was a member.