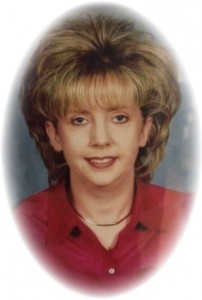 Connie Sue Savage, 48, of Jacksonville lost her courageous battle with melanoma and went to be with her Lord and Savior on January 28, 2016 with her family by her side. She was born on November 12, 1967 to the late George and Betty Weller in Texarkana, Texas. Connie was preceded in death by her special aunt, Sybil Hampton; brother, Ben Weller and step-son, Brian Savage.

Connie graduated from El Dorado High School and was a graduate of Southern Arkansas University with a Bachelor of Science Degree in Accounting.  Connie was a Certified Public Accountant and devoted 20 years to the State of Arkansas in the Department of Finance and Administration CAFR Section and Arkansas Legislative Audit.  Connie was instrumental in developing and organizing the State’s Comprehensive Annual Financial Report (CAFR) Section after the Governmental Accounting Standards Board issued a pronouncement requiring governmental entities to dramatically change how governments presented their financial statements.  The CAFR Section is in charge of preparing the financial statements for the State of Arkansas.  The CAFR Section is also in charge of preparing the State’s Schedule of Expenditures of Federal Awards (SEFA) which requires states to report the expenditures for each grant the state received.  The SEFA is sent to the federal government each year.  Also Connie was the manager of providing training and continuing professional education classes to state agencies.  While at Arkansas Legislative Audit, Connie audited cities, counties, colleges, universities, and school districts throughout the State of Arkansas.

Connie loved traveling with her husband, Steve. They enjoyed camping in the Arkansas State Parks, spending time at the lake, the beach, and fishing. She attended LakePointe Church in Hot Springs.

Visitation will be held on Sunday, January 31st from 3:00 p.m. to 6:00 p.m. at A Natural State Funeral Service Chapel 2620 West Main Street Jacksonville, Arkansas. Funeral Service will be on Monday, February 1st at 10:30 a.m. at First Baptist Church in Jacksonville with interment to follow at Oakland Cemetery in Monticello at 3:00 p.m.