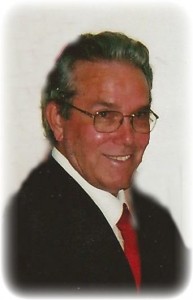 He served his Country in the United States Airforce, four years. James was also a member of the Seventh Day Adventist of Hot Springs.

James left behind his loving wife, Pauline DeLoe; his children, grandchildren, great-grandchildren and his siblings. He was able to say good bye to his beloved and faithful Pomeranian, Sugar Bear and cockapoo, Princess. He was loved by all of his family and never met a stranger.