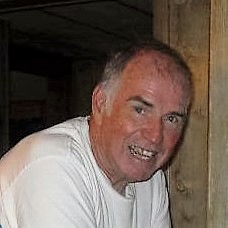 Raymond E Pruett 71, of Bryant, AR passed peacefully at home surrounded by his family January 14th, 2016. He was under the care of Baptist Health Hospice, and fought a heroic battle with colon cancer.

He was born February 6th, 1944 in Wichita, Kansas to Rudolph E Pruett and Phyllis V (Lay) Pruett. Rudolph passed when Ray was only three years of age, so the man he called “Dad” was Dearell B Brewer Sr.

Ray proudly served in the United States Marine Corp at 8th & I in Washington DC participating in both parades and honor guard. After returning home he served his community as a security officer for the Arkansas Veterans Home, as well as at Fort Root VA Hospital. He also served as a Little Rock Police officer.

Ray was a member of Bishop Community Center, where he took great pleasure in exercising. Keeping both his mind and body in the best shape possible, he enjoyed dancing, and making others laugh; he had an amazing sense of humor. Ray didn’t know a stranger and could make anyone feel welcomed and appreciated. Ray also wrote an autobiography of his life, wanting to share his life lessons, and experiences with those left behind. He meticulously read the Democrat Gazette, keeping up with current events and politics. He loved to debate his mostly democratic ideals.

Ray had a servant’s heart and would do anything for family and friends. Ray was a born again Christian being baptized in the Church of God in Mountainview, MO.

Ray is preceded in death by his parents, Rudolph, Phyllis, Dearell. His sister Myrlis, and brother Elvin.