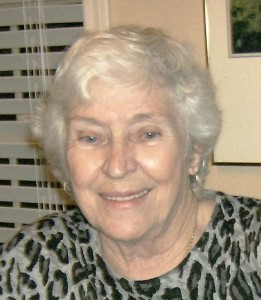 Shirley Lee Ann Richter, 81, of Cabot, Arkansas passed from this life on January 13, 2016. She was born in St. Louis, Missouri on July 28, 1934 to the late Verdie Ellmont and Lela Edith Westfall.

Before retiring to Dauphin Island, Alabama, Shirley made a career of serving as Assistant to the President of Logan College and later became Assistant City Clerk for the City of Glendale, Missouri. Shirley enjoyed the artistic hobbies of painting and creation of stained glass, as well as cooking for her friends and family. She was of the Episcopal Faith.

In lieu of flowers, the family has requested donations be made to the Alzheimer’s Foundation at www.alzfdn.org/‎

Arrangements have been entrusted to A Natural State Funeral Service in Jacksonville, Arkansas. Shirley will be interred with Russell in the “Garden of Christus” at Mount Hope Cemetery in Lemay, Missouri. A private grave site service will be held at a later date. Updated information will be available at www.anaturalstatefuneralservice.com