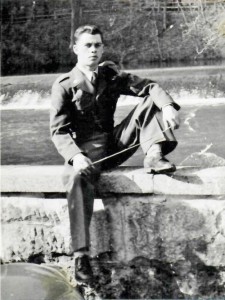 Kenneth Lykens, 80,  of Ward, went home to Our Lord on March 22, 2016. He was born to George and Mary Lykens on January 18, 1936 in Pennsylvania. Ken was deeply devoted to his wife, Debbie, and their son, Chris (Amber) and grandchildren, Belle, Tom, Bailey and Emma.

The family moved to Arkansas in 1988, and Ken worked for Southern Cotton Oil until he began serving his community as a volunteer firefighter for Ward and later as a police officer for both the Ward Police Department and Lonoke County Sheriff’s Office. He was selected as a LCSO Deputy of the Year in 2000. During his 23 years with the Law Enforcement Brotherhood, Ken became involved in aiding abused children and was a strong supporter of the Wade Knox Children’s Advocacy Center in Lonoke. He was known as a tough but fair man who believed that our children must be raised with love and discipline and protected at all times. Ken would tell friends that moving his family to Arkansas was the 2nd best decision he ever made.

Ken was preceded in death by his parents, George and Mary Lykens. Left to cherish their memories is his wife, Debbie, son, Chris (Amber), four grandchildren, sister, Nellie, brothers, Frank (Patsy), Earl (Mary) and George Jr., his dear sister-in-law, Cheryl Charbonneau and brothers-in-law, Bruce Bell and Steve Bell, and many friends in the community that he loved.

Following 9 a.m. service at Cornerstone Assembly of God Church in Ward on March 28, 2016, Patriot Guard Riders will provide an escort to Ken’s resting place at the North Little Rock Veteran’s Cemetery. In lieu of flowers, the family requests that donations be made to the Wade Knox Children’s Advocacy Center in Lonoke, Arkansas.