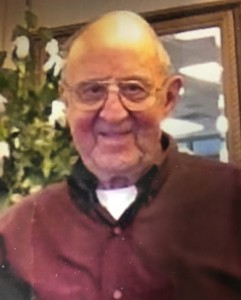 Mr. Donald R. Brim, 79, of Jacksonville went to be with his Lord and savior on March 10, 2016. He was born to Claude and Ella Brim of Elgin, Kansas on September 16,1936. Donald was preceded in death by his father and mother, and sisters Virginia Wiseman and Opal Norris.

He is survived by his wife Mary W. Brim, brothers; Roy Brim of Elgin, Kansas, Jerry Brim of Snyder, Texas, Robert Brim of Rock Port, Texas, Jimmy Brim, of Loverly, Texas, and Darrel Brim of Caney, Kansas. He is also survived by his children, Ricky Brim (Debbie) of Lonoke, Judy Drennon (David) of Ward, Sheila Houser (Jim) of Mabelvale, Michael Brim (Colleen) of Ward, along with a host of nieces, nephews, grandchildren, and great grandchildren.

He was a loving husband, father, grandfather and great grandfather. Donald was a member of Baring Cross Baptist Church.