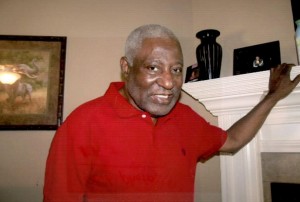 Charles (Charlie) Robinson Jr. 76, of Jacksonville passed away on April 7,2016. He was born on January 3, 1940 in Earle, AR. He was preceded in death by his loving parents Arie Lee Williams, Rufus Bogan and step-father Mack Williams.

Charles joined the United States Air Force in 1960, and retired in 1980. After military retirement he then became employed for the U.S. Postal Service for twenty years.

Charles was a very kind and sweet man. He loved his family and friends dearly. He was a man that would do anything for anyone. Although he was shy at times, he had a great personality. Before illness arose Charles would enjoy going to the gym (mostly the sauna), playing cards, hanging out at “the park”, and enjoying life. He was loved by everyone who knew him.

Funeral service will be held on Thursday, April 14, 2016 at 10:00 am at A Natural State Funeral Service in Jacksonville, with burial to follow at the Arkansas State Veterans Cemetery in North Little Rock. Visitation will be held at the funeral home from 6-8 pm on Wednesday evening .501-982-3400