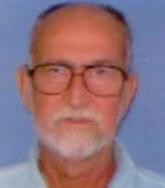 Charles Edward Lagergren Sr., 67, of Conway passed away on April 21, 2016. He was born on December 19, 1948 in New Orleans, Louisiana to William Rudolph Lagergren Sr. and Winifred Elsie Stephens. He is preceded in death by his parents.