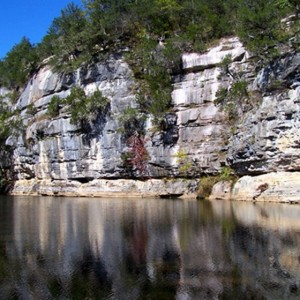 Kerry Allen, 46, died May 14, 2016 at his home in Fayetteville, Arkansas. He was born February 24, 1970 in Norman, Oklahoma to Bob and Francie Allen. He was preceded in death by his mother, Francie Allen and brother, Kane Allen.

He is survived by his father, Bob and stepmother, Susan Walker Allen of Dover, Arkansas, brother, Kip Allen and niece, Nella Allen of Colorado Springs, Colorado, Uncle John Allen of Norman, Oklahoma, and Aunt and Uncle Randy and Janet Hardridge of Oklahoma City and several cousins.

His public education was mainly in Norman, Oklahoma, graduating high school in 1988. He attended Arkansas Tech University and obtained a Bachelor of Science in Mechanical Engineering from the University of Arkansas in 2003.

Professionally as well as recreationally he preferred the out-of-doors, eschewing desk jobs. Most of his adult employment was involved in installing and maintaining the electronics on cell phone towers.

His real passion was rock climbing. He climbed all over the Ozarks and Ouachitas, and authored a book on climbing routes on Mount Magazine. He was a professional rock climbing guide in the New River Gorge area of West Virginia and made numerous climbing trips to several western states. He was never content to just climb on established routes, but sought new routes in out of the way places. In the process he introduced many friends and even strangers to the sport.