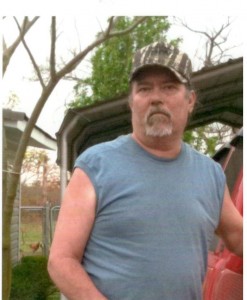 Alvin Lloyd Smith Jr., 60, of Pangburn passed away on June 12, 2016. He was born on January 16, 1956 in Houston, Texas to Barbara Joyce (Davidson) Smith and Alvin Lloyd Smith Sr. He is preceded in death by his brother, James Ralph Smith of Pangburn, Arkansas; mother, Barbara Smith.

He loved to fish and hunt enjoying the great outdoors but most of all his kids and grandkids were his life. He was a great cook, mechanic and welder.

He is survived by his loving wife of 35 years, Peggy Sue Smith of the home; father, Alvin Lloyd Smith Sr.; his children, Alvin ‘Lloyd’ Smith III of Pangburn and Amie Nichole Smith (Toby) of Searcy; grandchildren, Jayden Lloyd Smith and Wyatt Ervin Smith; siblings, Stephanie Edwards of Foley, Alabama, Sherry Baker of Pangburn and Mike Thomas of Sugarland, Texas as well as a host of nieces and nephews.