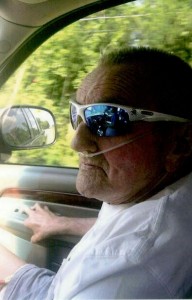 Edward Willis Brown, 78, of Judsonia passed away on Saturday, June 4th, 2016. He was born on January 16, 1938 in Baltimore, Maryland. He was preceded in death by his parents; two brothers, Paul Brown and Don Brown.

He really enjoyed being outside and he loved his family get togethers. Dad, we hope you are playing poker with Elvis again in Heaven.