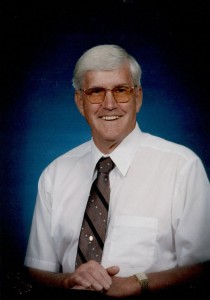 Felix Adams was born on March 18, 1932 to Pearl and Maggie (Campbell) Adams in Viper, Kentucky

He was a member of Faith Baptist Church. He was a veteran who served his Country during the Korean War.

After finalizing his service to his Country he moved his family to Arkansas and later worked for 27 years as a press operator for Chicopee, A Johnson and Johnson Company.

He was preceded in death by his father, Pearl; mother, Maggie; four brothers, RB, Delphus, Carnell and Hershel and one sister, Gladys.

Visitation will be held on Thursday, June 16th, 2016 from 6 to 8 p.m. at A Natural State Funeral Service Chapel. Funeral services will be held on Friday, June 17th at 10:00 a.m. at Faith Baptist Church, 301 Bill Foster Memorial Highway, Cabot, Arkansas with entombment to follow at Chapel Hill Memorial Park in Jacksonville Arkansas.