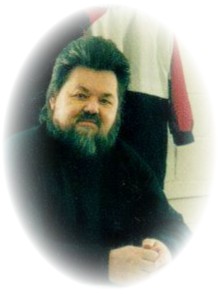 He was a graduate of Cabot High School before entering into the United States Army, where he served for years in Germany.

Joe Dan was an entrepreneur, with many business endeavors. It all started with Ray & Boyd Construction with his cousin, Buddy Boyd and brother, Jimmy Ray. That company evolved to Ray & Ray Construction which led to the start of Crown Metal Buildings. During the years of Crown Metal Buildings, the company was recognized as National Top Sellers for Metallic Braden Products, twice. And they also received Top Sales Awards at the State level throughout the 80’s.

Not only was he a businessman but he had a huge heart. Joe Dan gave unselfishly to his community and the Cabot Chamber of Commerce recognized him for his outstanding community support by naming him “Man of the Year”. He was a member of the Jaycee’s for a number of years as well as many other groups and organizations.

Joe Dan’s love of sports began on the football field as a player for the Cabot Panthers which stayed with him his entire life. His love and support for the Panthers was beyond anyone else, he built and donated the Ray Field House that sat for years along the track by the football field. Hundreds of student athletes benefited from his generosity for many years. In 2011, he was inducted into the Cabot Panther Foundation Hall of Fame after years of being their #1 fan and supporter. Not only did he support the high school team he loved so much but he was big sponsor of many youth recreational teams in Cabot as well. And of course he was the truest of Arkansan, loving his Arkansas Razorbacks.

Music was a huge part of his and Brenda’s lives, especially that old time rock and roll…..50’s. He loved to dance and throw parties. In fact his company parties were infamous and back in the day an invitation was much sought after. He was a huge fan of The Marvell’s, an impersonation band, which he followed for years.

His love of music carried over into his spiritual life as well, he would always push for more singin’ than preachin’. He served as a Deacon at Campground Union Church for years as well as attended Mt. Springs Baptist Church.

Hunting and fishing were some other passions that he enjoyed. He was a very good shot and loved to go to deer camp and run dogs.

Most importantly, Joe loved his family, specially his “Mama”. Through family connections he, Brenda and Wendy spent many years on the road between Arkansas and Alaska, back when the ALCAN was just a dirt road. Anyone who know Joe knew he had a soft spot for all young people who crossed his path which resulted in many stops along the ALCAN picking up folks who needed a ride. Joe and Brenda were like gypsies going down the highway with dogs, kids and hippies hanging out the windows.

JOE DAN’S LAST PARTY will be held on Saturday, July 9th at 10:00 a.m. at Mt. Springs Baptist Church in Cabot with food, fellowship and music to follow. In lieu of flowers the family respectfully requests that Joe Dan’s legacy be carried on through donations to the Cabot Panther Foundation.