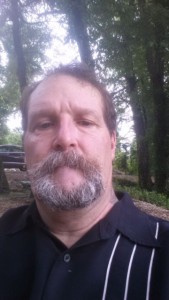 Joseph Aaron Bledsoe, 52, of El Dorado passed from this life on Friday, July 8, 2016. He was born on March 13, 1964 to Terrence Bledsoe and Carol Mitchell in Modesto, California. He is preceded in death by his father, Terrence.

He was an avid photographer and artist. He also loved to travel.

Joseph is survived by his wife, Charlotte Bledsoe of El Dorado; mother, Carol Burchett of Arkansas; one brother, Terrence C. Bledsoe Jr. of Oklahoma; one sister, Regina Bledsoe – Snow of Arkansas; his special four legged friend, “Peace” and many other relatives and friends.

A memorial service will be held on Saturday, July 16, 2016 at 2:00 p.m. at the New Beginnings Baptist Church 7200 Junction City Highway El Dorado, Arkansas.

In lieu of flowers the family requests that donations be made in his honor to Life Touch Hospice in El Dorado.