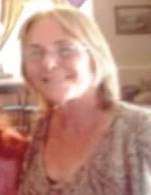 She was preceded in death by her mother, Lynn Marie Killingsworth and brother, Dan Middleton. She was of the Baptist faith. Reylin loved her family, hunting, fishing, baking cakes, and most of all, her grandkids. She was a kind loving, wonderful mother.