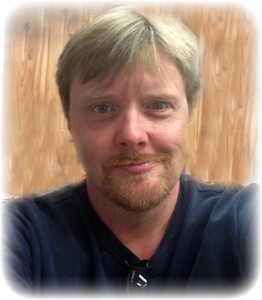 Todd Duaine Dority, age 42 of Mablevale, AR, passed into Eternity surrounded by his family on Thursday, July 14, 2016. He was born on August 9, 1973 in Salt Lake City, UT, to his loving parents Judd and Katheryne Dority.

Todd was employed by DP&L as a supervisor for 22 years. He had such a big heart for people and just as much love for his dogs. Todd enjoyed all sports, but most of all the Dallas Cowboys. He and his dad shared the same love for the Cowboys which lead to many memories that were made while watching and talking about the games together. Those times will never be forgotten

Todd was preceded in death by his brother, Shane Dority; grandparents, Asael and Rossine Jones, Melvin and Verlus Dority.

He is survived by his wife of 15 years, Rosie Dority; his children Nikki and Jordan; grandchildren, Gage, Sadie and Aiden; his parents Judd and Katheryne Dority; sister Denise Thomson (Eric Thomson) along with his nephew and nieces. Todd will be truly missed by his several uncles, aunts, cousins and friends.