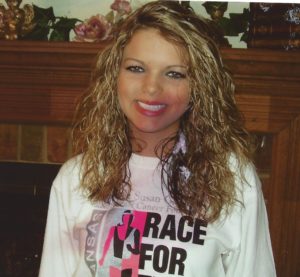 Heather Rose Holman-Peirce, of Searcy, passed away in her home unexpectedly on August 15, 2016 at the young age of 27.

She is survived by her soul-mate, Sean Edwards; three beautiful children: Tanner Aimslee, Thor Jamison, and Alivia Rose; her parents Shari & Wayne Messenger of Judsonia and Jimmy Holman of Mayflower; grandparents Bill and Barbara Holman of Mayflower, Wanda Barr of North Little Rock; her sister Tawnya Brewer and her 3 boys of North Little Rock; her blended family of siblings including Johanna Arseneault of Michigan, Jennifer Castera of Searcy, Wayne Jr and Dee Messenger of Kensett; and a multitude of nieces, nephews and extended family.

She is preceded in death by her grandfather, Frankie Knoff; and her brother, Jeffrey Rauch.

Heather was born December 31, 1988 in North Little Rock and grew up in Mayflower. She attended Mayflower High School, where she was a star cheerleader, until 2005 when she transferred to Riverview High School. She continued to cheer, met a magnitude of new friends and later graduated with the class of 2007. Heather had a smile worth a million words, a heart of gold, and a soul much older than her time.

Viewing will be held at A Natural State Funeral Service, 2620 West Main Street in Jacksonville on Friday August 19 from 6-8pm. A memorial service will be held Saturday, August 20 at 10:00am at Mayflower Baptist Church located at 4 Hwy 89 North in Mayflower.

“You may say I’m a dreamer, But I’m not the only one. I hope someday you’ll join us and the world will be as one”…John Lennon