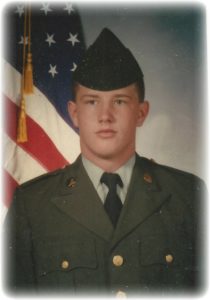 Michael Anthony Friga, 50, of North Little Rock, Arkansas passed from this life on Saturday, August 27, 2016.  He was born on December 24, 1965 to Michael B. Friga and Donna (McDougal) Jennings in Ft. Worth, Texas. Michael served in the United State Army and enjoyed his time as the crew chief on his helicopter. He also was an outdoorsman and enjoyed hunting and fishing in his free time.