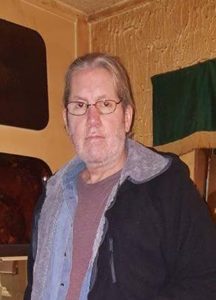 Curtis was born on May 26, 1950 to the late Clinton and Elizabeth Shaw in Queens Village, New York. Curtis served in the United States Navy where he earned the National Defense Service Medal. After serving our Country he moved to Arkansas. Curtis had a passion for cooking, music and loved his friends and family dearly.

He is survived by his sisters, Elizabeth Ourso of Dunedin, Florida and Patricia Frangos (George) of Lady Lake, Florida; daughters, Valerie Huskins of Conway and Corrina Marcelino of Hawaii; two grandsons, Zaidon and Ramon; granddaughter, Harlowe Sterling as well as a host of nieces and nephews.

In addition to his parents, he is preceded in death by his brother, Brian Shaw in 2014.

The family will hold a memorial service at a later date.