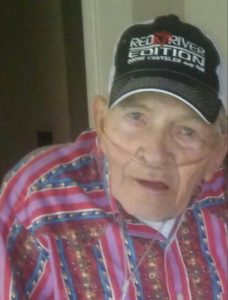 Earl J. Elliott, 86, of Jacksonville passed from this life on Thursday, September 29, 2016. He was born to Lilburn Elliott and Mary Redmond on February 18, 1930 in Jacksonville, Arkansas. He is preceded in death by his parents, Lilburn and Mary Elliott.

Earl is survived by his wife of 64 years, Cara Baldwin Elliott; one son, Earl Les (Sheri) Elliott of Bryant; three daughters, Connie Elliott, Marilyn Justice and Shelia Elliott all of Jacksonville; nineteen grandchildren; twenty-six great-grandchildren and one great-great-grandchild; three brothers, Richard Elliott, Johnney Elliott both of Mayflower and Robert Elliott of Ferndale; and three sisters, Omagene Elliott and Melva Lee Roberts both of Benton and Mary Teal of Conway.

Funeral services will be held on Monday, October 3 at A Natural State Funeral Service Chapel beginning at 2:00 p.m. with interment immediately following at Cato Cemetery. Visitation will be on Sunday, October 2 from 4 to 6 p.m. in the funeral home chapel.