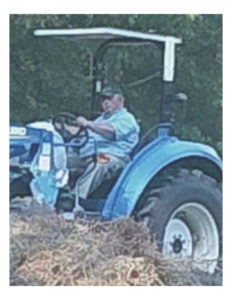 James William Boston, 83, of Roe, Arkansas passed from this life on Wednesday, September 7, 2016. He was born on March 28, 1933 in Tyronza, Arkansas to Thomas Edward Boston and Alice Graham. He is preceded in death by his parents, Thomas and Alice Boston.

James was a rancher and farmer his entire life and a member of the Arkansas Cattlemen’s Association. He was a deacon at the First Baptist Church in Aberdeen and loved his family more than anything.

Visitation will be held on Friday evening, September 9th from 6 to 8 p.m. at First Baptist Church of Aberdeen. Funeral service will be on Saturday, September 10th at 10 a.m. at the church with a private family committal service to follow.

In lieu of flowers the family requests memorials be made in his honor to The Gideons International.