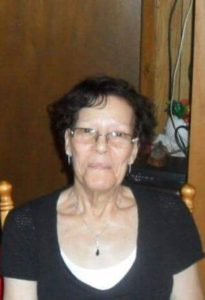 Maggie was a loving wife, mother, grandmother, sister, aunt, cousin, and daughter. She loved spending time with family and was the glue that held the family together. Maggie was a Dallas Mavericks fan and enjoyed watching the games on television.

Maggie worked many years at Riceland Foods, from where she eventually retired.

Cremation arrangements have been entrusted to A Natural State Funeral Service of Jacksonville, Arkansas. (501) 982-3400.

Blessed are those who mourn, for they will be comforted. Matthew 5:4