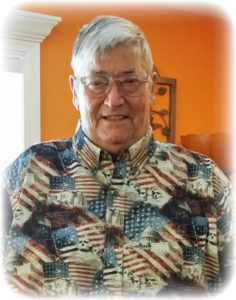 Milton Bailey, 77, of Cabot, Arkansas went to be in Glory on September 29, 2016. He was born on November 17, 1938 in Foreman, Arkansas to the late Roy and Willie May (Wilson) Bailey. Milton served for over a combined 22 years in the Navy and the United States Marine Corps. He then used his skills and Masters in Education to teach Secondary and Post-Secondary Education throughout Pope, Faulkner and Pulaski Counties. Milton was a member of the American Legion Post 71 in Cabot, Gideons International, and a member of Faith Baptist Church in Cabot.

A Funeral service will be held on Tuesday, October 4, 2016 at 6:00pm with visitation being held from 5-6pm at Faith Baptist Church in Cabot, Arkansas. Burial will take place at the Arkansas State Veterans Cemetery on Monday, October 10, 2016 at 1:00pm with full military honors. Arrangements have been entrusted to A Natural State Funeral Service, 2620 West Main Street, Jacksonville, Arkansas, 72076. 501-982-3400

In Lieu of flowers, donations can be made to the American Legion, Post 71, Cabot, Arkansas.