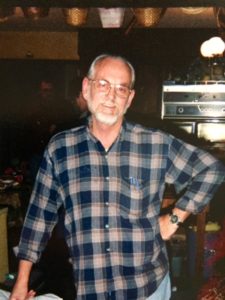 Paul Wayne Mushrush, 71, of Jacksonville, Arkansas passed from this life on Wednesday, August 31, 2016. He was born on August 14, 1945 in Stuebenville, Ohio. He was preceded in death by his father, Charles W. Mushrush.

Paul was finance director for the City of Jacksonville for over twenty years. He was a beloved man and a sesquipedalian.

He leaves behind to cherish his memory his loving wife of 37 years, Karin Dooley Mushrush; his daughter, Samantha (Bruce) Jones of Jacksonville; two grandchildren, Cadence Jones and Brooks Jones; one brother, Grant Mushrush of California.