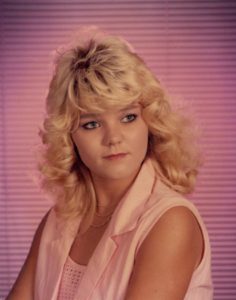 Angelia “Angie” Mechelle Bayless, 48, of Sheridan passed away on Wednesday, October 19, 2016. She was born on September 19, 1968 in Beebe, Arkansas to Cecil Allen Bayless and Barbara Ann Shipman.

Angie was a very loving and special person with a warm heart. She would do anything for her family and friends.

She is preceded in death by her parents, Cecil Bayless and Barbara Shipman; three sisters, Teresa Gaines, Tracy Bayless and Ashley Bayless. Angie was of the Baptist faith.

Visitation will be held on Wednesday, October 26, 2016 from 1:30 to 2:30 p.m. in the Chapel at the funeral home. Graveside services will begin at 3:30 p.m., Apple Hill Cemetery in Ward with Tony Kelley officiating.