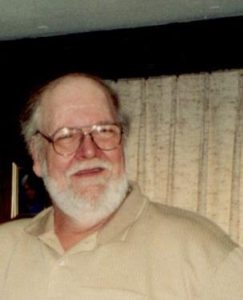 Charles T. James “Chucky”, 72, of North Little Rock passed away on October 1, 2016. He was born on May 4, 1944 in Mayflower, Arkansas to Charles Jr. and Helen Irby James. He is preceded in death by his parents; wife, Judy Dempsey James and brother, Eldon.

Chucky attended the Arkansas School for the Deaf.

A special thank you to Dr. Sauer, the nurses and staff of 3C at Springhill Baptist, Baptist Hospice and North Little Rock CARTI. You were all his watchful angels. Your kindness and care was unmeasurable.

Chucky had such a loving heart and the kindest smile. He will be missed by all that knew him.

Graveside services will be held on Wednesday, October 5 at Mayflower Cemetery beginning at 1:00 p.m. with Brother Larry Pearce and Brother Rob Slagley officiating.