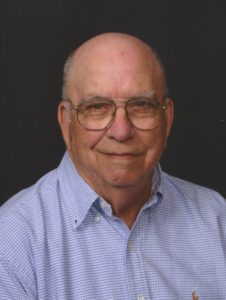 Paul Cloyce Ferguson, 84, of Jacksonville, Arkansas passed from this life on Friday, September 30, 2016. He was born in Oktibbeha, Mississippi to the late Jim and Ruby Ferguson on January 3, 1932. Paul was a member of Bethel Baptist church in Jacksonville, an avid hunter and enjoyed playing golf in his free time.

He is survived by his loving wife, Dean Ferguson of 63 years; two sons, Mike and Rick Ferguson; grandchildren, Brandon and Sarah of Crescent City, California and a host of nieces, nephews and other friends. Paul is also preceded in death by his four sisters and one brother.