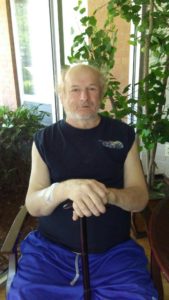 Steven E. Henson, 52, of Jacksonville, passed away October 5, 2016.  He was born in Little Rock, Arkansas August 23, 1964.  He was preceded in death by his grand-parents, Edward Narwick, Sr and Mary Willie Narwick.

Stevie was a very good friend to many.  He has loved working on vehicles since a very young age.  He was known by the nickname of “Beetle Juice”.  He will be missed by a large amount of family and friends.  His passing has left many of us feeling numb from the sudden passing.  We ask for prayers of comfort at this time.