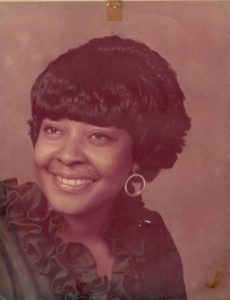 Shalalah B. Kindall, 74, of Jacksonville passed away on Monday, November 28, 2016. She was born in North Little Rock, Arkansas on July 1, 1942 to the late Paul Baker Sr. and late Mattie Wilson.

The family of Shalalah B. Kindall would like to express our heartfelt gratitude and appreciation to all who extended their sincere prayers, sympathy and many expressions of kindness during our time of bereavement. Special thanks to Woodland Hills Nursing Home and Arkansas Hospice for all their care and compassion.