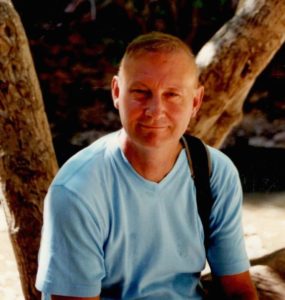 Bill C. Casto, at the age of 73, passed from his home in Lonoke with loved ones by his side and went to meet his Lord and Savior on December 2, 2016.

Bill is survived by two children, Carla Springstead of Pennsylvania and Harvey Lee (Jennifer) Franks of Missouri; five grandchildren; one great-grandchild; his sister, Carolyn (Bill) Miller of Cabot and his special friends, Kimberly Slater and Scott Mayo of Texas.

Bill entered the Army as a medic. He later went to Ranger School and became part of a Special forces unit. After serving his country honorably he began working as a private investigator for the teamster’s union in Boston. At an early age, he was determined to do whatever it took to make his life his own and be successful. Bill came back home to Arkansas and with his determination, tenacity and hard work. Without fear and with his special intuitive mind he ventured into the entrepreneurial world by opening a fried chicken restaurant, then continued by owning barge terminals, mini warehouses, apartment complexes, and health food stores, also a retail store that was rated in the top 10 in the State of Arkansas.

Bill was always looking for new adventures. One of Bill’s favorite past times was reading, there was never a time he wasn’t reading, even more than reading he loved movies. This inspired him to owning a chain of video and games stores, which led to a national video distribution center. With a smile on his face he often said, “I sure am having lots of fun!”

Because Bill loved helping people to make their own dreams come true he had a successful land development business across the State of Arkansas. Bill was his happiest when walking through the woods cruising timber.

Bill received several tennis trophies and enjoyed golfing. He traveled the world, loved meeting people and enjoyed life to its fullest. Bill was the songbird of his generation.

Bill’s advice to all was, “Don’t ever loose your sense of humor” and “you can never be more than happy”.

Visitation will be held on Tuesday, December 6, 2016 from 10 to 11 a.m. at Mt. Carmel Baptist Church in Cabot. Funeral service will immediately follow visitation at 11 a.m. in the church with Bro. David Mitchell officiating. Interment will follow at Lonoke Cemetery.