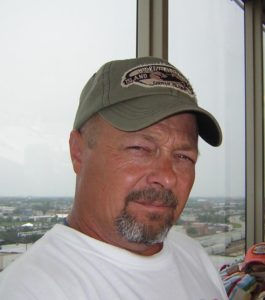 David W. Cunningham, 59, of Benton, Arkansas went to be with Jesus on Thursday, December 8, 2016. He was born in Benton, Arkansas on January 31, 1957 to the late Raymond W. and Mildred Cunningham. David was thankful and proud of his new found faith and his coming to know the Lord.

He is also preceded in death by his wife Kelly Cunningham, his two brothers, Charles and Don Cunningham. David is survived by his daughter, Shannon Calhoun (Andrew); step-daughters, Karissa McDaniel and Kristen McDaniel; four grandchildren; siblings; Sherry Burks (Bobby) and Mike Cunningham, and a host of friends.

David’s family would like to give a special thanks to the staff at The Ottenheimer Inpatient Center, Arkansas Hospice.