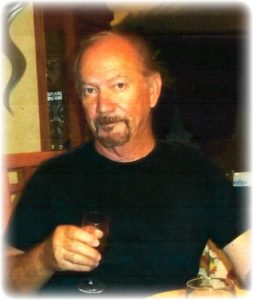 James Donald Griffin, 78, of Lonoke, Arkansas passed from this life on December 1, 2016. He was born in Keo, Arkansas on February 11, 1938 to the late James and Christine Griffin. Don served in the United State Navy. He worked for over 20 years at the Arkansas Hwy Department and retired from DHS Commodities Distribution. Don volunteered at Helping Hands and always gave a helping hand to anyone in need. He loved going to the beach, gardening and most of all, he loved his family dearly.

He is also preceded in death by his sister, Yvonne Thompson. Don is survived by his two daughters, Karen (James) Harris of Austin and Jill Wirzfeld of Bryant; his grandchildren, Haley, Harris, and Katelyn; nephews, Randy and Kelly Griffin; close friends, Jim Milner, David Barker, Dian and Darv Evans and “Annie” his dachshund who was always at his side.

A Memorial Service will be held on Wednesday, December 7, 2016 at 3:00 pm at A Natural State Funeral Service in Jacksonville, Arkansas with a Graveside comital service to be held at the Arkansas State Veterans Cemetery in North Little Rock, Arkansas at a later date.