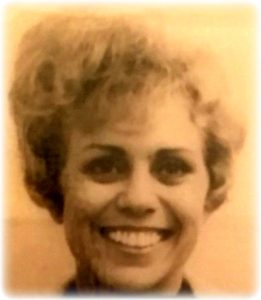 Peggy Sue Spears, 82, of Warren, Arkansas passed from this life on December 25, 2016. She was born on September 21, 1934 in Pascola, Missouri to the late J.E. and Anna Mae Woolverton.  Peggy served in the United State Air Force and the Air National Guard.

She is survived by her children, Farrell Tucker (Beth), Robin Le Conche, Lance Quinn (Beth) and Penni Quinn; 11 grandchildren; 10 great-grandchildren; one sister, Phyllis Isom and a host of other friends and family. Peggy is also preceded in death by her husband James Spears and seven siblings.