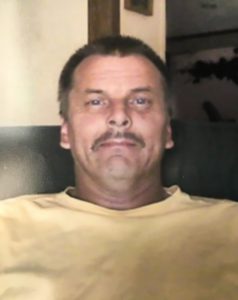 Darin is preceded in death by his father Edward W. Brown and is survived by his mother Janet Brown, his spouse Lynn Brown of the home; three amazing children, Michael Griffin, Krik Brown and Alexis Brown.  He is also survived by his sister Kimberly (Michael) Kammerdiener and his life-long friend and brother Ronald Brunetti.

Darin was a member at New Horizon Church, and a member of the cancer society.  He was an over the road truck driver and tow truck driver that had a great sense of humor.  He loved making people laugh, enjoyed the great outdoors, but most of all was a wonderful husband, father and brother.   He will be missed by many but never forgotten.

A Family memorial service in Darins honor will be held on Saturday, January 28,2017 at 11 am at New Horizon Church in Searcy.