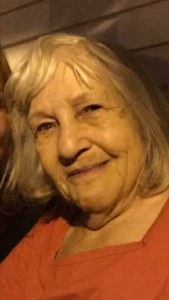 Ellen Faye Riley Thomas, 79, of Cabot, Arkansas passed from this life on Tuesday, January 31, 2017. She was born in Newport, Arkansas on March 13, 1937 to the late Leamon and Mary Long. Ellen was a Christian and of the Baptist faith.

Graveside services will be held on Thursday, February 2, 2017 at 2:00 pm at the Ballews Chapel Cemetery in Grubb, Arkansas on Hwy 37.

In Lieu of flowers the family has asked for donations to be made to the Breast Cancer Awareness Organization of your choice.