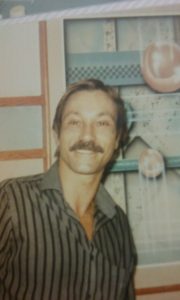 He is survived by his girlfriend Linda Hicks, of Cabot and two sisters Mary Cox and Patricia Sullivan of Baltimore Maryland.

Burial, with military honors was held on Tuesday, January 31,2017 at 11:00 at Fort Smith National Cemetery in Fort Smith, Arkansas.