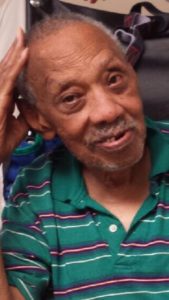 He was also preceded in death by his brother Cecil McDonald and is survived by his daughters, Debbie Thomas, Donna Davis-Meyers and Yvette Ervin; sister Ruby Penn; 5 grandchildren, and 2 great grandchildren.

George proudly served in the US Navy and was a huge Kansas City Chiefs football fan. He enjoyed dancing, listening to jazz and blues, bartending and doing the two step.  He will be greatly missed by all.

A Memorial service with military honors and committal service at the Veterans Cemetery in North Little Rock will take place in the near future.