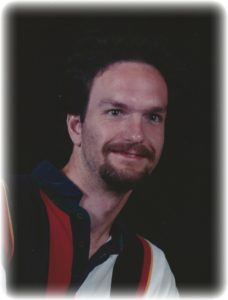 John Paul Vickery, 41, of Jacksonville, Arkansas passed from this life on January 8, 2017. He was born in Sandwich, Illinois on January 26, 1975 to Robert and Imogene Vickery. John enjoyed working on cars and tinkering with computers in his free time.

He is survived by his parents, Robert Vickery and Imogene Dillow; his siblings, Rose Vickery, Marsha Vickery, and Robert Vickery; his ex-wife Veronica Vickery; three step-children, Stephanie, Andrea and Trevor Brown; three step-grandchildren, Madalin Hill, Allison and Alexander Kelly, and a host of other friends and family.