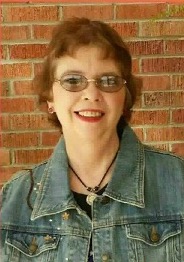 Rebecca Harrison Ward, 53, of El Dorado, Arkansas left for the arms of her Lord and savior on Saturday, January 7, 2017. She was born on April 26,1963 in El Dorado, Arkansas to J.T. and Albertine Harrison. Becky lived her life here as she took care of her family and served her God.

She was preceded in death by her father, J.T. Harrison and her grandparents, Effie and H.T. Pratt and Gladys and John T. Harrison.

She graduated from El Dorado High School in 1981 and she attended South Arkansas Community College. She was employed by Simmons Bank for over 20 years and by Securitas for another 4 years. Becky was an avid Razorback fan and a “true” animal lover. She will be remembered always for her bright smile which would light up the room when she was around. Her favorite catch-phrase was “God’s got this”. Becky was a member of Westside Baptist Church.

Her husband and family would like to thank the faithful, caring staff of Life Touch Hospice for their compassionate service during her final year.

A Memorial fund has been established at Simmons Bank in El Dorado in her honor.

The family wishes that memorial gifts be made in her honor to Life Touch Hospice, 2301 Champagnolle Road, El Dorado, Arkansas, 71730.